“Don’t ask whether the case is suitable for osteopathic treatment,
ask what osteopathy can do for the case!”
John Wernham 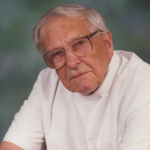 John Wernham opened his first Clinic in Maidstone in 1947, first in Mill Street, then in Museum Street. Two years later the Maidstone Osteopathic Clinic was founded, the first in the country outside London. In 1953 it became a registered charity and moved to the premises at no. 30 Tonbridge Road.

The style of treatment used in this Clinic is known as The Body Adjustment. It is a Holistic approach aiming at stimulating the body’s natural tendency towards health.

The Treatment is suitable for all ages, from the youngest to the eldest, and not forgetting help for the mother-to-be. It is safe, gentle and effective, no force is used. It is drug free.